Because of the amazing comics that have been released in 1988, I decided to have another comics section in this theme week. Grant Morrison and Alan Moore are big enough names for this, I guess, but we shouldn’t forget Jamie Delano. I’ll just focus on the issues published in that year, since that’s enough already. Let’s go!

It works just as in the other theme weeks, I look at the most popular songs from 1988 and look at the ones that stand out for some reason. Here we go! 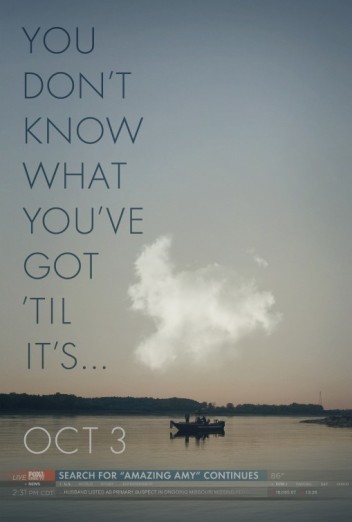 Is there anything I can still write about Gone Girl that hasn’t been analyzed, discussed, praised and trashed already? This is certainly one of the most talked about movies in a while and I’m not sure I can really add anything to the dissection of its alleged misogyny, Ben Affleck’s penis, its attitude about marriage, its product placement or what it has in common with Eyes Wide Shut. I think the movie deserves all the buzz as I really, really enjoyed every aspect of it. It cemented my love for David Fincher because it certainly is another astonishingly directed movie that always knows what it’s doing. It’s a great, thought-provoking, surprising movie and I’m not asking for more. Still, though, I want to tackle some of the issues featured in the movie, because one of the reasons it is so good, is that it forces you to think about them.

Prom Night is a terribly formulaic and terrible slasher movie. It sets up everything it needs for a by-the-numbers slasher concept and follows it through without even the slightest hint of surprise. It starts out with a wrongdoing in the past, makes a time jump of six years (in which all the characters age by about 15 years), just so that a killer can take revenge on them for what they did as kids. It’s amateurishly filmed and acted, the dialogue is boring and even the murders are uninventive. Actually, the murders astonished me the most, since there is no attempt made to graphically show them at all, although movies like this are all about showing grisly murders. A lot of them happen off-screen and it takes the movie over an hour to even get there. Considering this is one of the first examples of slasher movies, it should have been clear to anyone seeing it in 1980 that there wouldn’t be another gem like Halloween anytime soon.

I felt weird last time because of starting with Ice Cube before talking about N.W.A. I’ll try to set this right by picking N.W.A.’s debut album for today, Straight Outta Compton, released in 1988, probably the real beginning of gangsta rap. 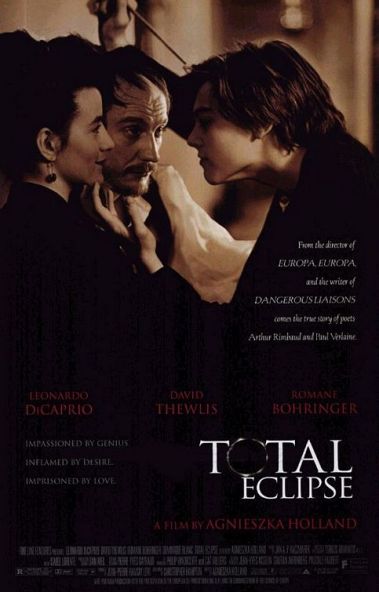 Total Eclipse is not a pleasant movie. As many reviewers before me have pointed out years ago, the two main characters are extremely unsympathetic and watching them fight and make their lives miserable is no joy. They are played believably by David Thewlis and Leonardo DiCaprio, but that doesn’t make it easier to watch. There is no one to identify with, which might work in other movies, but here it’s just, well, unpleasant. The movie does give an interesting portrayal of its time and how poets lived and worked, but it’s too long and too repetitive in showing us suffering.

END_OF_DOCUMENT_TOKEN_TO_BE_REPLACED

No gangsta rap analysis could be complete without taking a look former N.W.A.’s Ice Cube (and eventually N.W.A.). As far as I remember, his first album I knew was also his first album, so today we look at the provocatively titled AmeriKKKa’s Most Wanted, which was released in 1990.

END_OF_DOCUMENT_TOKEN_TO_BE_REPLACED 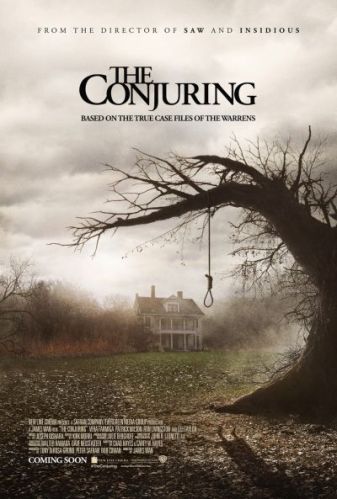 Whenever I watch a movie, I always think one thing at the end: Can I write about it here? When I had finished The Conjuring, the answer was a clear “No”. It’s a good horror film, less special than I had expected after hearing so much about it. It is scary at times and relentless at trying to scare you (and more effective than the incredibly similar Insidious), but there is not much that hasn’t been seen before. The camera work is creative (or inspired), using many techniques to surprise the viewer from long takes to Vertigo shots. There just aren’t many surprises in the script as the plot goes mostly where you’d expect it to be. That were my thoughts at the end and that was it. Then I read some reviews and stumbled upon Andrew O’Hehir’s review on Salon.com which calls the movie the “most effective right-wing Christian films of recent years” and parts of it “reprehensible and inexcusable bullshit.” What’s going on here?

Fack ju Göhte is the most successful film in Germany in 2013. Does that mean anything? Probably not, as success is rarely in conjunction with quality when it comes to movies (or anything). The movie is something like a school comedy, which might be a reason why it is so beloved by students since they enjoy laughing about school. But the plot is… you can’t even call it absurd because it so obviously is just an excuse for the movie to get a bank robber into a school posing as a teacher – that’s the “gimmick” of the movie and the plot behind it (that his bait money is buried under the school) is not believable for a second. Does the movie work? It’s difficult for me to say. My expectations were very low and the movie was better than I had thought. But it wasn’t great. It has its moments but the style of comedy, a sort of constant noisy, over-the-top, aggressive humor, is hard to bear at first, but you get used to it. The characters are mostly clichés, but they are allowed to have some depth at times and even some growth, more or less. Some of the humor works too. The movie strangely grows on you over time, if you don’t think about it too much. I wouldn’t recommend it, but it didn’t hurt to watch it.

The Wicker Man is one of those notorious movies where it’s hard not to stumble upon YouTube clips before you’ve actually seen it. It stars Nicolas Cage and probably marks the movie that started his downward spiral during which he became known for making crappy movies and overacting wildly in them. The Wicker Man somehow qualifies for both as he acts sleepily for most of the movie before going completely over the top in the end. Is the movie crappy? That is so hard to say, at least for me. I know it is heralded as one of the most unintentionally funny movies ever and I can see that. There are definitely enough scenes that can make you laugh because they are so weird. But the director is Neil LaBute who is normally a very deliberate writer and director of thought-provoking movies that never make it easy for the viewer to make easy judgments. I have read his plays in school and really liked some of his movies (The Shape of Things, Nurse Betty). So what happened here? Cage said in interviews that they intended to make an absurd comedy but the movie does not make that clear enough. LaBute is also known for challenging gender roles and The Wicker Man is full of that. But what is the movie trying to say?