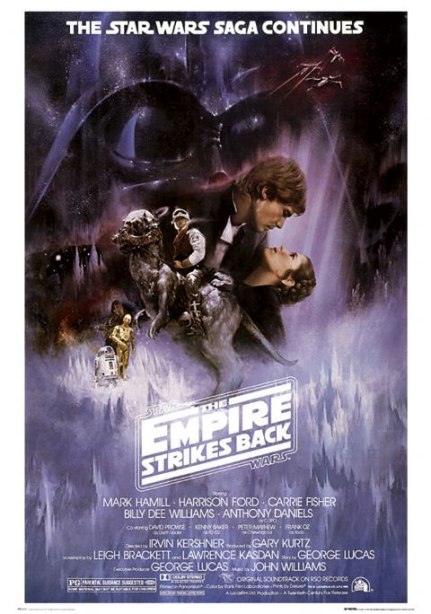 (spoilers, I guess, but either you’ve seen it already or you probably won’t ever want to anyway)

The Empire Strikes Back is not a movie I thought would ever end up here, though it’s always a challenge to find something worth discussing in popular movies like this. My motivation was in picking my favorite movie from 1980 and I realize that it’s Empire. It’s probably the best Star Wars movie because it’s so entertaining and dark at the same time, it’s never boring and the ending still breaks my heart. The music is some of the best film music ever composed and the cliffhanger at the end laughs at all those movies nowadays that call themselves Part 1 and Part 2 (except Kill Bill, maybe). It’s really a good movie and it surpasses all the other movies from 1980 for me (although, Ordinary People came in close just a few days ago, surprisingly).