So, here we go through the charts again. This time I’ll look at the Billboard Hot 100, which are the singles charts for the U.S. Since I almost know no current music, I know as many songs here as in the German charts, so the surprise factor should about be the same. Be ready to be offended! Here we go! 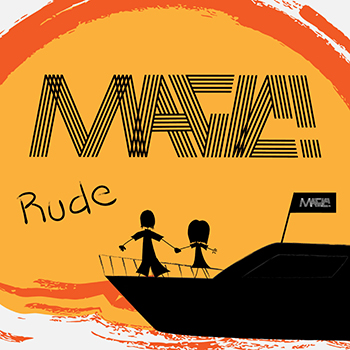 Is this really from 2014? And not from 1955? A song about a man trying to get the blessing to marry someone’s daughter, threatening to run away with her? Does that still happen?

Sure, she will, with such a great song. Women always follow men anywhere. Though, I thought maybe you’d decide together where you go. But then again, maybe he should have found some convincing arguments and not go on about her father being rude.

The music is slow and soft. The album cover shows a contemplative, emotional man. The video includes a gospel choir in something like a church. So, we’re obviously talking about a love song, right? Just look at the title.

The lyrics are pretty clear, though: the narrator had a one night stand and now doesn’t want the girl to leave. There’s no love, just post-coital loneliness, the feeling that sex can’t fill the void. I mean, it shows the emotional state of many people in our culture who are deeply confused about their emotions and desires.

Oh, won’t you stay with me
Cause you’re all I need
This ain’t love, it’s clear to see
But darling, stay with me

Why am I so emotional?
No it’s not a good look, gain some self-control
Deep down I know this never works.
But you could lay with me,
So it doesn’t hurt

That’s some disturbing stuff, if you think about it. This man has real issues and he’s certainly not alone in it. But it’s again weird how the content of the lyrics and everything else don’t fit together. You can easily imagine people using this as love songs, again, just for the title alone. But he’s standing in a church, singing about how sex doesn’t really satisfy him and that it’s all he got.

The message of the song is very simple: having money is cool and nothing else really matters. You can do what you want, which according to the song mostly means partying.

Trash the hotel
Let’s get drunk on the mini bar
Make the phone call
Feels so good getting what I want
Yeah, keep on turning it up
Chandelier swinging, we don’t give a fuck
Film star, yeah I’m deluxe
Classic, expensive, you don’t get to touch

I always struggle with songs like that. They sell this idea that this is all that counts, when we basically all know it’s not. I mean, if you can only use all your money to escape this society, then you’re basically saying that there’s a problem. But our society tells us it’s all about money, so welcome to this vicious cycle.

At least the song isn’t necessarily awful as a song. Yes, I have a weak spot for female pop music.

#4 Meghan Trainor: All About That Bass

Okay, I’ll be fair and say that the intention and content of this song is really admirable. It wants to tell girls that it doesn’t matter how much they weigh and the video shows oversized dancers. It’s catchy and upbeat and a little tongue-in-cheek. It’s a great message, although I would say that it’s “popness” makes it a bit harder to take seriously. But what about

Yeah, my momma she told me don’t worry about your size
She says, boys they like a little more booty to hold at night

It’s not my song, but I respect it, even if I think it doesn’t really do as much as it believes.

This is a nice surprise. In a way this song sounds like a theme song for this blog.

Am I wrong for thinking out the box from where I stay?
Am I wrong for saying that I’ll choose another way?
I ain’t trying to do what everybody else doing
Just cause everybody doing what they all do

Okay, the singers claim that their inspiration came from trying to be an international success, which no one believed, so it undermines its message a little, which becomes clear in the song, too.

Am I tripping for having ambition?
My prediction: I’mma be on the top of the world

Well, top of the world, okay. If that’s what counts for you. But at least you can also use the lyrics differently and that’s something. And they try to shine a positive light on Africa in the music video, which I can only endorse. It’s not a song I necessarily like listening too, but compared to most other lyrics, this is at least something substantial.

Yes, another song looking for change! We’re on a run here!

I like to think that we had it all
We drew a map to a better place
But on that road I took a fall
Oh baby why did you run away?

Oh, I see. Another mopey love song. Another song that makes clear that only one person can save you, even if that person obviously is no good for you. He explains he was there for her, but she wasn’t there for him when he was at his “worst.” And what does he do now?

Well, there is. Go another way. 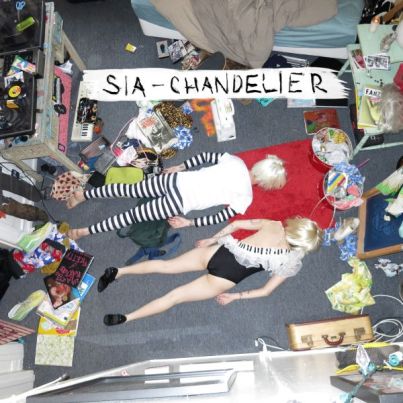 I really like this song and the video is great, too. It falls right into my weak spot and I enjoy it. But what is it about?

Party girls don’t get hurt, can’t feel anything
When will I learn? I push it down, push it down
I’m the one “for a good time call”, phone’s blowin’ up
They’re ringin’ my doorbell, I feel the love, feel the love

This is really interesting. On the surface this sounds like another “Party means everything” song. But the nuances of doubt are there. The first lines make clear that you have to “push it down,” your real emotions, to enjoy the party. There’s party and drinks and chandelier swinging, but also constant tears and an existential fear of tomorrow. Because what happens tomorrow?

The focus of the song is not on these uncertainties and it doesn’t go out of its way to criticize anything, but it’s also not as superficial as it sounds at first. It at least shows pretty well the desperation and the need for escaping.

I liked Charlie XCX’s first album and this song falls into the same category. (Yes, I really do like some female pop, despite and because of some of its cheesiness).

It’s another love song and another testament of completely giving yourself up to someone else.

First kiss just like a drug, under your influence
You take me over, you’re the magic in my veins

Just tell me what to do, I’ll fall right into you
We’re going under, cast the spell, just say the word

You are the light and I will follow
You let me lose my shadow
You are the sun, the glowing halo
And you keep burning me up with all your love, ah

Is that really a good basis for a relationship? Am I really talking about serious relationship issues when looking at such lyrics? Don’t we both have a point?