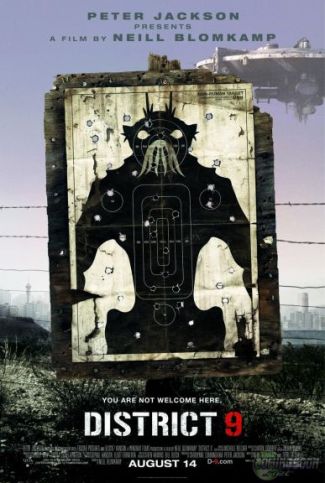 District 9 disappointed me more than I expected. I had heard so many good things about it, it garnered really surprising Oscar nominations and seemed thematically to be right up my alley. And I felt most of that in the first 30 minutes or so and then suddenly everything disappeared and I was watching a decent body horror movie followed by a decent sci-fi-action movie that didn’t have that much to say anymore. The movie felt unsure about itself after that turning point since it had worked well as a mockumentary and continued that style although the content didn’t fit anymore. Director Neill Blomkamp has a good idea on its hand but lets it slip through. 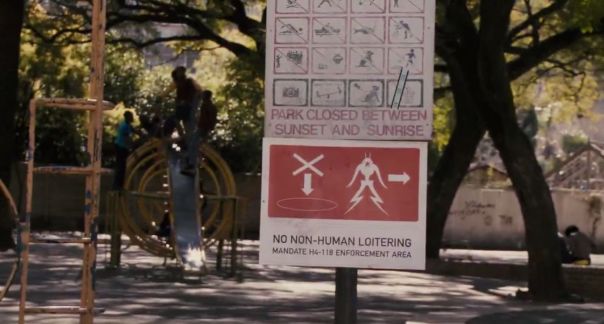 The opening and the core idea are simply brilliant and I loved how the film incorporated relevant and current political ideas and used them for as an analogy. It’s not the first time that aliens stood in for ethnic minorities but the South Africa setting made it especially effective. It is said to reflect the time of Apartheid and that certainly makes sense but I also read it as a metaphor for refugees and refugee camps, which are too common a thing in many African countries and are mostly ignored by the Western world. But anyway you view it, the concept pays off. Aliens are viewed as stranger or, to get more into tropes, the Other, anything that is not you and your world. They are discriminated, stereotyped, feared and ghettoized. All that is seen in the beginning of the movie and you have to ask yourself if that treatment is right, how you would feel and if our system is really better. This is emphasized by the main character Wikus van de Merve (Sharlto Copley) who acts as a middle-class nice jerk who shows no emotion whatsoever when evicting the aliens from their slums. You see how he enjoys his power and becomes really mean. So, great idea and execution on that regard. If only the movie had followed through with that. 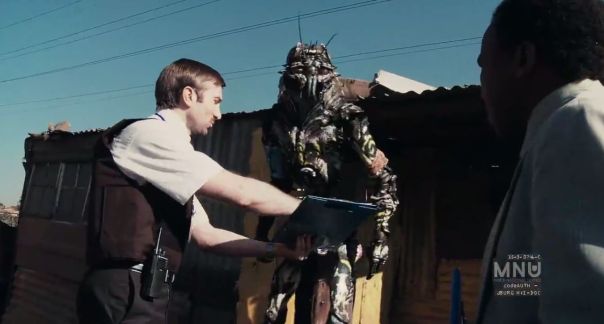 Sure, the idea that van de Merve turns into an alien himself, becomes the Other, is always interesting even if it’s not new. But the movie does nothing with it. The character remains a jerk almost towards the end, so that the learning process is not visible. The middle part of the movie resembles Cronenberg’s The Fly too much but stops at the alien arm for some reason. The film also wallows in gory violence without ever trying to say something with it. The ending is alarmingly serious, lacking any form of humor the movie attempts in its satire-like beginning. Are we supposed to feel sad for van de Merve in the end? And why just him? Why do we have to care for the white character more than for anyone else? Well, one problem with this is that the Other in this movie, the prawns, are hard to like and the other main character, Christopher Johnson, seems to be unlike any other alien. Which seems weird to me too, because what is the point here? That we should only care about the white human and the human-like alien? If that’s the point, the movie contradicts itself. Maybe I’m getting something really wrong but the reliance on long shoot-outs and exploding people in the last act completely took me out of the movie, which becomes even more clear as the documentary footage comes back in the end and it does not nearly work as well anymore as in the beginning. 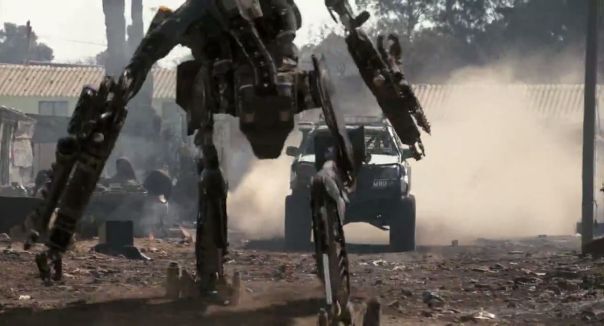 So, you can enjoy the first part of the movie and take something thoughtful away from it, but the rest of it falls back on the conventional, as so many movies do (similar to Remember Me). In the end, the known is just more comfortable than the Other.